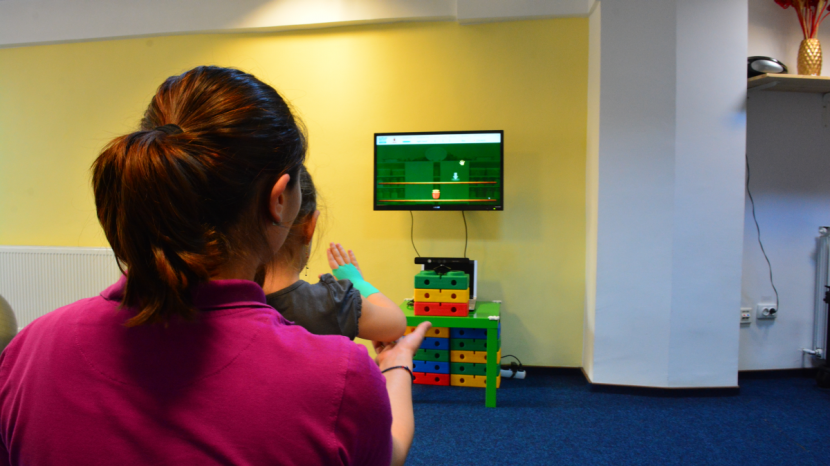 Case study of a 15 year old with Down syndrome

Down syndrome, also known as trisomy 21, is a genetic condition (abnormality in the human genome) present from conception, caused by the presence of an extra 21 chromosome¹, resulting in a total of 47 chromosomes instead of 46. In the world, 1 in 800 children are born with this syndrome. The total number of people affected globally is estimated at around 40-50 million2.

In order to support an appropriate neurological development, physical therapy plays an important role from the first months of life. Starting physiotherapy as early as possible will determine a larger degree of independence in the future. Besides acquiring a degree of independence in children with Down syndrome, kinetic physiotherapy also aims to prevent and correct the associated disabilities.

Our case study patient which we will refer to as “M”, aged 15, is dynamic and perseverant. Diagnosed with Down syndrome, M has been doing physical exercises as part of her daily routine. Thus, over time, she has benefited from physiotherapy and has also practiced multiple physical activities (swimming, ballet, dance, judo). In 2012, when she began a physical therapy program in the KinetoBebe Centre (Bucharest, Romania), she was overweight, had low muscle tone, and difficulty in communication. Since then she has improved on all these areas. Due to low muscle tone, especially in the torso muscles, she has developed an asymmetry of the spine.  During physiotherapy sessions, this muscular weakness has been the current area of focus. 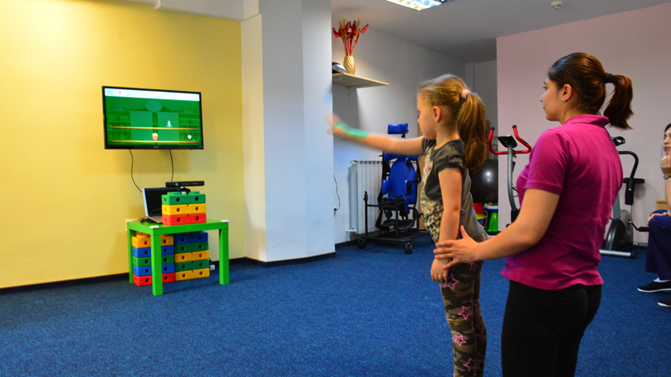 Child and Physiotherapist using the MIRA Rehab system at the KinetoBebe Clinic in Bucharest, Romania

After the physiotherapists from the centre evaluated the posture, muscle tone, balance and coordination, they noted that M did not present the pathologies typically associated with Down syndrome. She presented with good muscle tone (even though it is not yet associated with good coordination and unipedal balance), in standing upright she maintains a broad base of support, and has joint mobility within normal limits. She still has an abnormal curvature of the spine and an attention deficit specific to Down syndrome.
In order to assess M’s balance, Berg Balance Scale was used at the beginning of using MIRA. Her scores were as follows:

At the moment, M attends 2 physical therapy sessions per week with the objective of toning and maintaining adequate muscle tone, correcting spine asymmetry, and improving balance and coordination. At the end of each physiotherapy session she also performs 10 minutes of exergames with MIRA under the supervision of her physiotherapist. This is important because it serves to correct the starting position as well as the execution form of the movement.  M’s regular physiotherapy treatment was supplemented with rehabilitation with MIRA exergames in order to improve her attention deficit and her coordination and balance. Her willingness and excitement towards using MIRA at the end of her regular physiotherapy sessions determines an improvement in results. Nevertheless, children have to be supervised when performing the exercises in order to ensure proper working position, the fact they are engaging the relevant body part, as well as the proper execution of movements (compensatory movements of the limbs are highlighted in the platform). Balance is improved during sessions with MIRA through the “left / right balance” exercises, through the change of the center of gravity from one leg to the other, by mobilizing the torso (flexion, extension, lateral inclination), by bending the torso, etc. These can mostly be noticed by a change in attitude of the child towards exercising, becoming much more open  and self-confident, accepting to perform balance exercises that M was afraid to perform before (such as using the balance board, walking on balance beam or unipodal support).

M likes working with MIRA because she finds the games attractive and funny, treating it as a video game, while having her concentration and attention stimulated over a longer period of time. Due to the novel aspect of the platform, she added that she would like to “play non-stop” because it is very animated and the background music gives her a good feeling. After about 2 months of using the MIRA rehabilitation platform as a complement to physical therapy, a slight improvement during the meetings in attention and concentration was observed. This improvement in enhanced attention was best observed when she had to collect various objects and place them on the shelves (Grab game), as well as with Izzy the Bee and the fighter pilot (Airplane).

1. M’s desire to use the program at the end of physiotherapy sessions enhances her motivation during the entire meeting
2. After an initial period of accommodation with the MIRA system, the parameters evaluated by the system have improved
3. M considers the session as a game
4. MIRA is a valuable complement to a physiotherapy session as the child should be supervised by a therapist during MIRA sessions to ensure optimal posture and positioning in both static and dynamic movements.
5. M’s concentration and attention is improved when using MIRA
6. Balance exercises can be incorporated in the MIRA sessions, the child using both upper limbs while performing torso movements (flexion, rotation, inclinations,); transfer from one lower limb to the other, swinging from left to right
7. Movements done slightly incorrectly may still generate points

**Note: Due to the technical parameters of the MIRA system, the games have been designed to allow for a small degree of error in performing the movements as it continues to incentives the user to interact with the system.  Setting too stringent of restrictions to ensure perfect movement may discourage the use of the game as achieving a perfect movement is extremely challenging even for a physically healthy individual.

8.While exercising with MIRA, because M focuses on the characters from the games, compensatory movements of the limbs might appear, sometimes making the movement slightly less correct 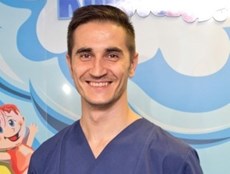 Specialized in physiotherapy and special motricity . After over 6 years of working with adults and children, he has chosen to focus in paediatrics and integrate into the KinetoBebe Team.

Started her professional career as a physiotherapist in 2009 in Denmark for 1 year in a school for children with special needs. Has also worked as a nurse, karate instructor and started at KinetoBebe Team to offer children real chances for rehabilitation and integration.