The challenges of aging

The reality of today brings us face to face with the main issues that come with age: physical and cognitive decline. We have tackled the first, helping older people regain or maintain mobility and prevent falls and injuries. Now we are ready to fight the second.

This project is focused on designing and testing software applications meant to improve cognitive functioning in the elderly and in individuals facing cognitive loss due to age-related conditions.

“Overall, the focus of the project is both preventive, by designing instruments meant to enhance successful ageing and delay cognitive decline, and corrective, by focusing on reducing the effects of cognitive decline in people already affected by age-related conditions” says Dr. Aurora Szentagotai, project coordinator.

“Negative emotions such as depression are known to have a detrimental impact on cognitive functioning (McDermott & Ebmeier, 2009); therefore, apart from cognitive factors, we are also interested in how negative emotions can be decreased and positive ones increased, to improve cognitive performance. The beneficial effects of physical exercise (Arent et al., 2000) and of social interactions (Glei et al., 2005) are also exploited in the project” explains Dr. Aurora Szentagotai. 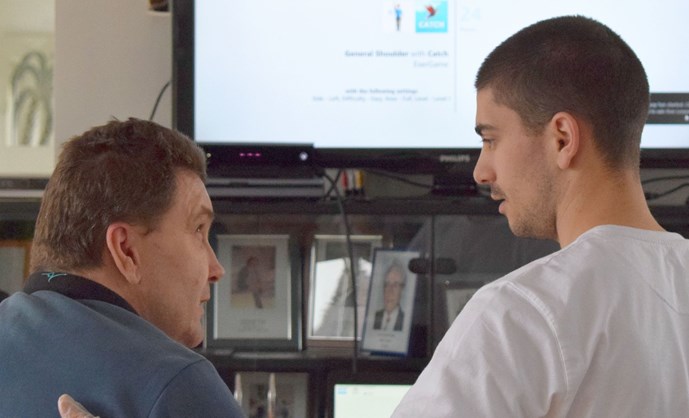 The development phase of the project is almost finalised. The specific exergames are aimed to train and improve executive functions such as task switching, cognitive flexibility and working memory. One example is Colour Blocks, a game based on the STROOP task (MacLeod, 1991), where the user needs to match the meaning of one work to the colour of the other, regardless of the colour of the first word. 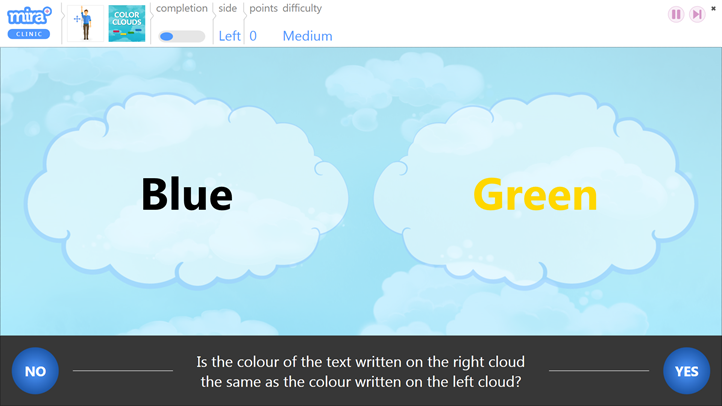 A feasibility study is underway at Theodora House for Seniors in Cluj-Napoca, aiming to assess the impact of training with physical and cognitive exergames participants with various backgrounds.

“This study is focused primarily on the acceptability and usability of the system. However, we will also look at the cognitive and affective effects of using the system. Pilot trials assessing its efficacy in improving cognitive function and reducing negative mood will follow.” (Dr. Aurora Szentagotai) 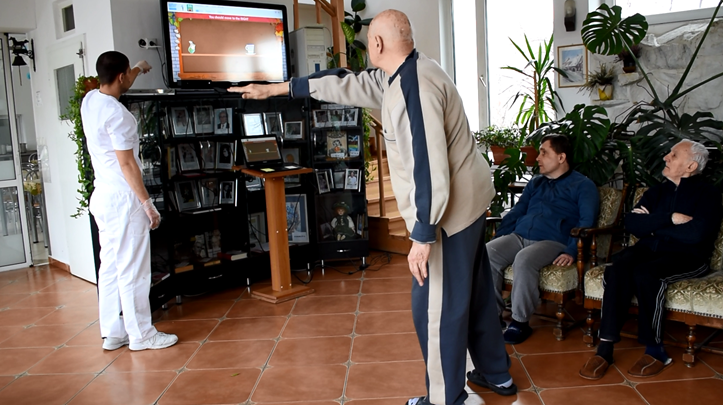 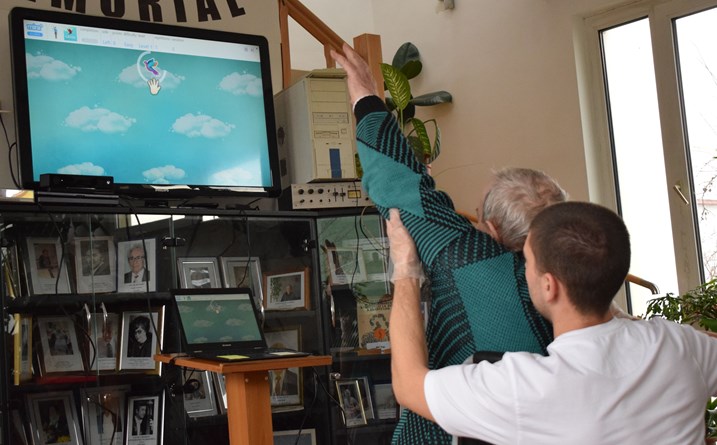 Dr. Aurora Szentagotai is Professor of Clinical Psychology and Psychotherapy at Babes-Bolyai University. She is supervisor in cognitive-behavioral psychotherapy, certified by the Romanian Board of Psychologists and the Albert Ellis Institute, USA. Her professional interests are related to evidence-based interventions for mood and anxiety disorders, and emotion regulation strategies.