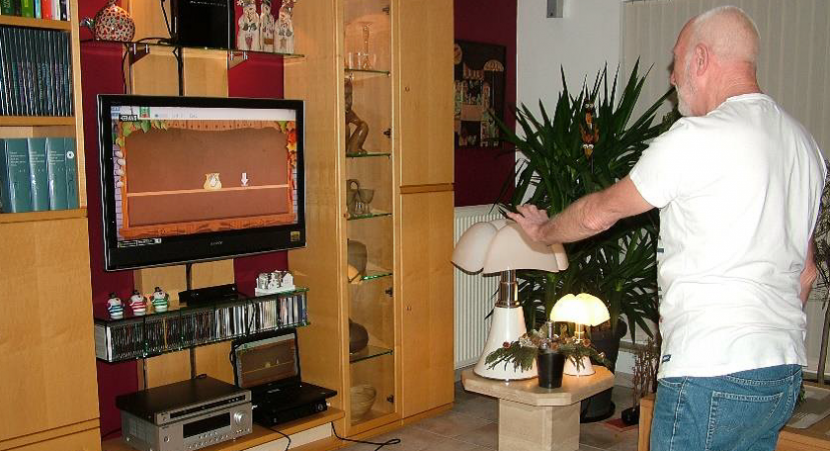 MIRA improves balance in older persons in a community center

This paper was presented at The 7th Games for Health Europe Conference, 2 & 3 October 2017, TAC Eindhoven, Netherlands.

Of all people over 65 years 30-50% fall at least once a year. Regular physical activity can reduce the risk of falling significantly. However, older persons are often inactive, mainly because of a lack of motivation. Several studies have found a positive influence of exergaming on older people’s balance and cognition. Most exergame studies have used commercial exergames, but these exergames are not tailored to the elderly population.

In this study we tried to increase physical activity in older persons in a community center (N=17, mean age=76 years) by using exergames. We developed two programs: one program uses commercial KINECT exergames (Microsoft), one program uses customized MIRA exergames (MIRA rehab). We selected games that influence fall prevention risk indicators: balance, strength, mobility, flexibility, endurance and cognition. We evaluated the feasibility of both exergame programs and its influence on participants’ balance, their fear of falling and cognition. Balance improved in both exergame groups. Participants’ attitude towards physical activity also became more positive. No differences were found between commercial and customized exergames. A larger study is recommended.

Of all people over 65 years 30-50% fall at least once a year. These falls may cause people to cut down on their activities of daily living, which may in turn have a negative impact on their wellbeing. Regular physical activity can reduce the risk of falling significantly.

Older persons have to perform activities of moderate intensity for 30 minutes each day, according to global physical activity guidelines. They also have to engage in strength and balance exercises twice a week. Research has shown that the vast majority of this population does not comply with those health guidelines. Physical activity programs, are therefore needed to activate elderly.

Community centers offer a variety of activities to older persons living in the neighbourhood, including physical activity programs. These programs consist of traditional exercises and are often performed in large groups. However, the adherence to such exercise programs is low, mainly due to a lack of motivation. Previous research has shown that motivation can be increased by using exergames, or active video games (AVG). Furthermore, several studies have found a positive influence of exergaming on balance and cognition. Most exergame studies have used commercial exergames, but these exergames are not tailored to the elderly population. It is hypothesized that customized exergames, which are specifically designed for older persons, might be even more effective. 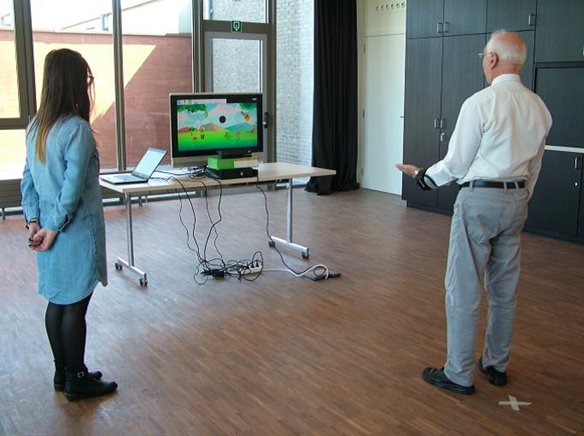 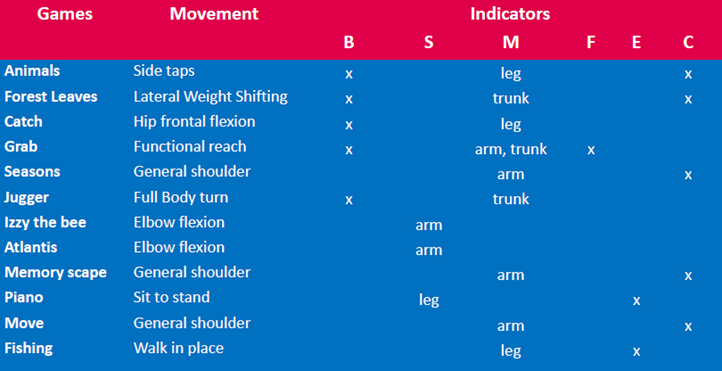 She finished a master in Clinical Psychology in 2003, and obtained a teaching degree in 2004. In 2006 she started her PHD research on “pain experience and distraction in children and adolescents” at Ghent University. She complemented her doctoral degree with the international research training of the ‘Psychology and Health’ institute (The Netherlands).