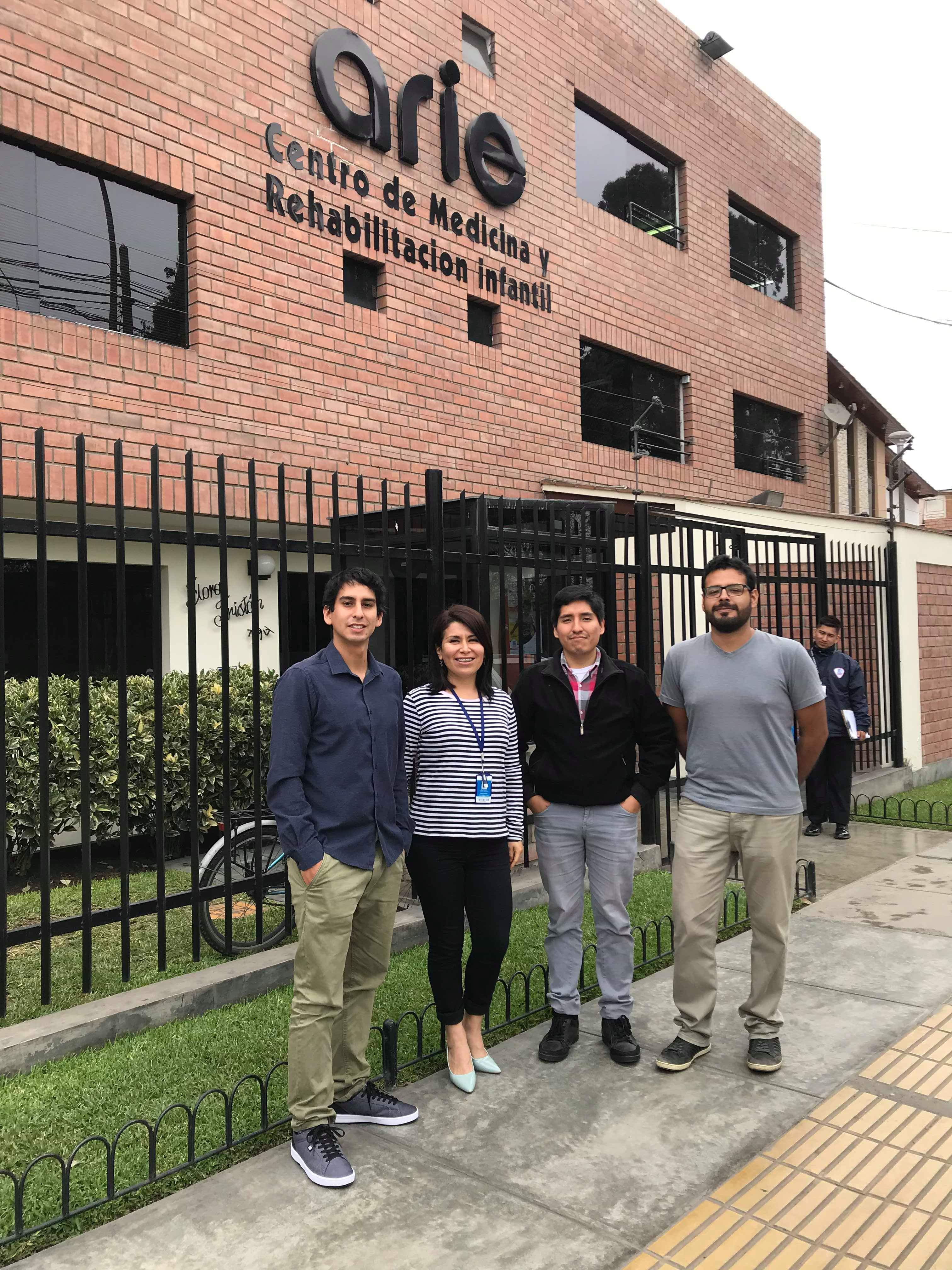 Usability of MIRA in a Peruvian child development service

Cerebral palsy (CP) is a neurological condition associated with cerebral damage during an unborn child early development which brings about a variety of abnormalities in movement and coordination. Its incidence lies within 1.8-3 cases per 1000 births, with greater occurrence in low-resource countries. In Peru, a prevalence of 5% of CP cases was found and 12% of pediatric rehabilitation sessions were due to CP.

Given that the limitations of children with CP are permanent, their rehabilitation process goes on for an extended period of time. Clinical practice guides point out that rehabilitation for CP should be a multidisciplinary process with daily frequency. Physical therapy based on re-education exercises and postural control are the best treatments for enhancing motor skills and independence of children with CP.

Over the last years, the use of video games for physical rehabilitation or therapeutic exergames has acquired great popularity. The efficacy of these games, which require free use of extremities and body movements (such as in the Nintendo Wii, the Move from Sony’s PlayStation or the Kinect from Windows’ Xbox), have been studied with promising outcomes. Therapeutic exergames, such as the ones developed by Mira Rehab, have the potential for improving motor skills and increase the motivation of the patient. Nonetheless, it is necessary to evaluate its implementation within the formal rehabilitation process of children who suffer of CP, especially when the context differs considerably from that of the developed countries, both socially and economically, like in the case of Peru. To implement a clinical intervention, aspects related to the acceptability and usability of the users involved (patients, caretakers, parents, etc.) must be well studied. In the case of therapeutic exergames, the resulting feedback of the study of these aspects allows adapting the intervention for the users’ preferences.

This study will evaluate the acceptability and usability of the Mira software as an additional tool for physical rehabilitation of children who suffer CP. The results will allow to adapt the software application for the Peruvian population so that, in the future, clinicians in Peru will be able to perform clinical trials with Mira Rehab to evaluate its efficacy.

The study was approved by the ethics committee of the Universidad Peruana Cayetano Heredia (N° 725-21-17, 22/11/2017). The evaluation of acceptability and usability will consist in a qualitative study based on observational techniques and in-depth interviews. The framework will be oriented to phenomenology, which consists of analyzing the experiences of individuals before a phenomenon of natural or predetermined occurrence. This study will be considered as a pilot, since it will provide the necessary basis for a subsequent clinical trial that demonstrates the effectiveness of the use of the video game.

The participants will be recruited from the ARIE Institute for Child Development (http://www.arie.org.pe/) children with CP (n=10). The children will be included if they meet the following criteria:

(v) WISC IV ≥80. The latter is taken into account to ensure the children’s ability to understand the game mechanics.

(i) children who suffer from seizure or who receive medication for it,

The children will use the software in addition to their normal therapy sessions twice a week for six weeks. The additional time per session will be of 45 minutes to be distributed among 6 different exergames, which were selected by the physiotherapists according to their judgment and the preferences stated in previous surveys by other children not included in the study. The games selected and movements were: Grab (functional reach), Atlantis (shoulder abduction), Animals (Lunges), Football (side steps), Butterfly (Proprioception), Piano or Izzy the Bee (Sit to stand).